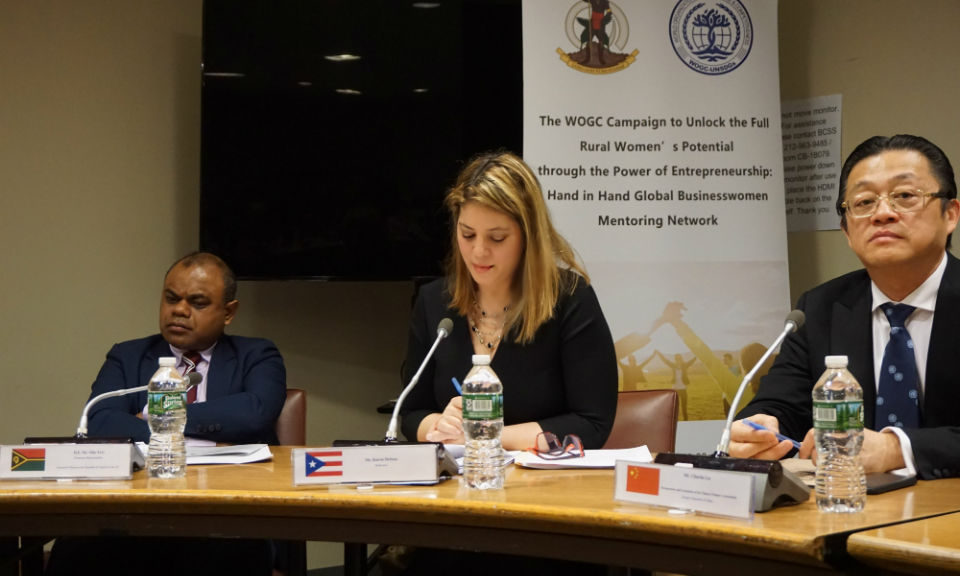 Karen DeSoto moderates at the United Nations for an international event for the World Organisation of  Governance and Competitiveness,  March 2018. 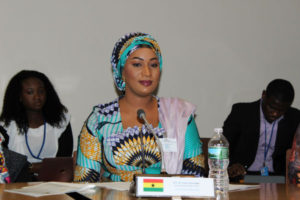 Professor Karen DeSoto,J.D., an NBC legal analyst, served as moderator for an international event held at the United Nations. Together in collaboration with the Permanent Mission of the Republic of Vanuatu to the United Nations, the World Organization of Governance and Competitiveness launched its campaign to Unlock the Full Rural Women’s Potential through the Power of Entrepreneurship: Hand in Hand Global Business Women Mentoring Network.

In a press release dated March 16, 2018, it said the “Campaign aims at informing and enhancing awareness of governments, the private sector and civil society to give priority to lifting rural women and girls from poverty through entrepreneurship.” 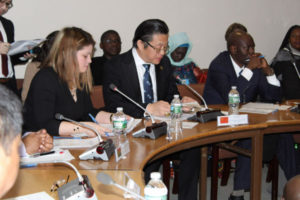 In her opening remarks, Karen DeSoto gave special thanks to political leaders, Ministers, Ambassadors and representatives of the Permanent Missions to the United Nations, the private sector and civil society organizations who work closely with the World Organization of Governance and Competitiveness — who attended the launch. She also acknowledged sixteen eminent female business leaders from the People’s Republic of China, who are all very accomplished business ladies –  Presidents, CEOs and Managing Directors of companies ranging from financial services to high tech and biotech — who all agreed to work with the WOGC Campaign to promote women’s empowerment.

She provided statistics about poor rural women, noting that “rural women and girls experience multiple inequalities and intersecting forms of discrimination based on their sex, age, social status, race, ethnicity, and gender identity.”

Karen DeSoto in her opening speech called for hope for the 2030 Agenda. She then moderated a series of speakers who presented information and ideas.

A campaign spokesperson said that the Campaign will focus on rural women in an effort to raise awareness of the existing discrimination against them,  and who have limited access to business know-how, productive assets, resources and basic social services like healthcare, food and education. It will also expand efforts of the international community to promote and develop rural women’s potential through the power of entrepreneurship.

Mr. Cary Yan, Chairman of WOGC delivered his remarks noting, “WOGC will work on a scientific development strategy that would incorporate innovative technologies of the Internet age to lead women towards new opportunities for development, through innovation brought about by the digital economy. Promoting the digital economy will unlock women’s potential and provide rural women with a path straight to entrepreneurship.” 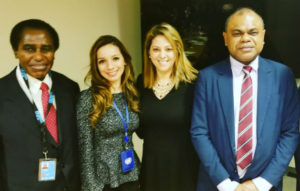