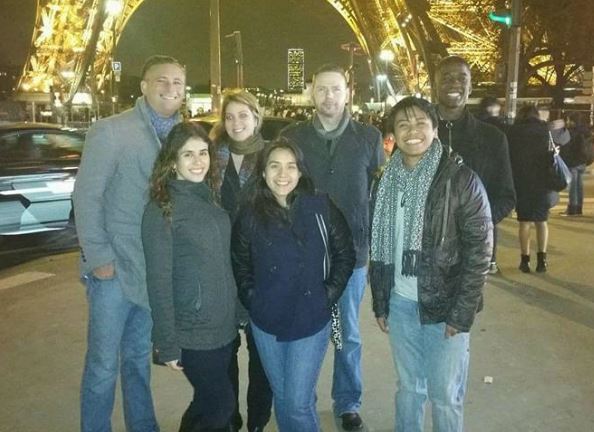 While hundreds of schools applied for a spot to the competition, only sixty six were chosen, and NJCU was the only business school chosen from the United States.

The week-long mock mediation sessions provides students a hands-on practical learning experince. They get to interact with other students, mostly those in law studies, and proefessionals as well.

Our participants represent the best in leadership and 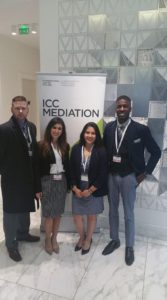 international cultural sensitivity,” noted David Weiss, Director of the NJCU School of Business Institute for Dispute Resolution (IDR). “Each of them has demonstrated skill sets well established before this competition.”

Kaifa, who last year was part of the NJCU team that won “Most Effective Opening Address” honors at the Vienna competition (Consensual Dispute Resolution Competition) is a political science major, the president of the NJCU Student Government Organization, and an active figure in Model UN.

Saltos, a dual major in global business and biology, is the executive vice president of the NJCU Student Government Organization. Recently representing NJCU at an economics competition in India, Saltos secured awards for both “Critical Thinking” and “Best Q&A Session.”

The team was coached by Christian Corrales and Karen DeSoto. Corrales in 2016 also coached both the ICC and CDRC competitions. She is a NJCU graduate and program alumnus of NJCU’s IDR.

DeSoto, the co-director of the IDR, is the founder of the Center of Legal Justice and serves as a legal analyst for NBC’s Today Show and on MSNBC.